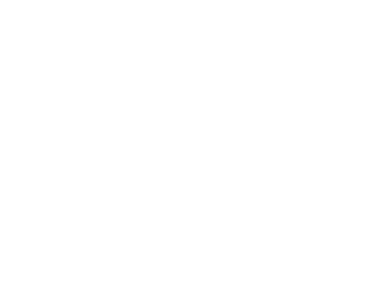 brought to you by Read Charlotte

Get your child ready for literacy in Kindergarten through simple everyday activities and play!

Experts agree that children must have repeated exposure to “pre-literacy” activities to build their skills and enable them to become successful future readers. These skills set the stage for reading:  (1) print awareness, (2) phonemic awareness, (3) vocabulary, (4) writing, and (5) oral language and comprehension.

Here are effective ways to sneak in literacy skills anywhere you go to give your child a head start for school:

Children must learn the names of the letters of the alphabet and the sounds of the letters. Once they understand the connection between letters and sounds, they will begin to see that letters put together form words. This is the very foundation of reading!

Why Is Letter Knowledge So Important?

Do I Know the Letter Sounds? Teaching Letter Knowledge to Your Child

Practice Writing Letters of the Alphabet

Everyday Moments You Can Use to Teach Your Child the Alphabet

Sing the alphabet song together each morning when you’re getting your child dressed. Then have them sing it while pointing at each letter of the alphabet. Here is a free printable of the alphabet you can print out and use.

Start with Their Own Name

Keep Track of the Letters

Be aware of the letters and letter sounds your child knows. This can be as simple as writing down the alphabet on a small piece of paper and making a check next to each letter your child recognizes. Put a smiley face next to the letter if she can tell you the sound and a squiggly line if she knows how to write it! Or use one like this: LETTER RECOGNITION CHART

Point to individual letters you see on cereal boxes, signs at the store or while driving and ask them to tell you what they are. Then describe the letter shape: “That’s the letter ‘p’, it has a big line and a little curve.”

This a free educational website for children that offers quick, engaging lessons. Choose “ABC’s” from the menu, then click on a letter for your child to experience a short two-minute lesson. Your child must then click the letter, word or arrow to move to the next part of the lesson.  (Note: Kids can access all letter practice for this website from a home computer for free, however the app for phones and tablets only offers a few letters to practice. The CM library has Starfall.com on all computers, at all branch locations for kids to use.)

Learn the Alphabet on ABCYa.com, a free educational website for children.

(Note: Kids can access all games for this website from a home computer for free, however the app for phones and tablets costs a monthly fee. The Charlotte-Mecklenburg library has ABCYa.com on all computers, at all branch locations for kids to use.)

With a set of magnetic letters, pull out three different letters, like “T”, “N” and “S” and place them on the refrigerator or a large baking sheet. Ask your child to point to the N. If they don’t know, take away one of the letters, to make it easier. Once they point to the N, have them use their finger to trace its shape. “Look! The N, you draw a big line down, then another big line down and then up.”

While waiting in line, draw a letter using your fingertip on your child’s open hand. Can he tell you what it is? Write the letter again until he can “read” it. Have him then write a letter on your hand! **NOTE: if your child seems frustrated, disinterested or overwhelmed with this activity, stop and try again another day. Try an easier game next time and build their skills starting there. It’s more important that children feel successful than it is to push them when they are not developmentally ready.

Tell your child a letter sound and have them guess the name of the letter that matches. “The letter I’m thinking of makes the “ssssss” sound. What letter is it?”

Using a tube sock, place a magnetic letter inside the sock, making sure your child has not seen the letter. Then, have them put their hand in the sock to feel the letter with their fingers. Can they figure out the letter they’re touching without looking?

Use alphabet games to help kids master all 26 letters. This will make your child a stronger and faster reader.

(Note: Kids can access all games for this website from a home computer for free, however the app for phones and tablets costs a monthly fee. The Charlotte-Mecklenburg library has ABCYa.com on all computers, at all branch locations for kids to use.)

« BACK TO ALL PRE-KINDERGARTEN

Something not working? Report a broken link

Home Reading Helper is a resource for parents to elevate children’s reading at home provided by Read Charlotte.